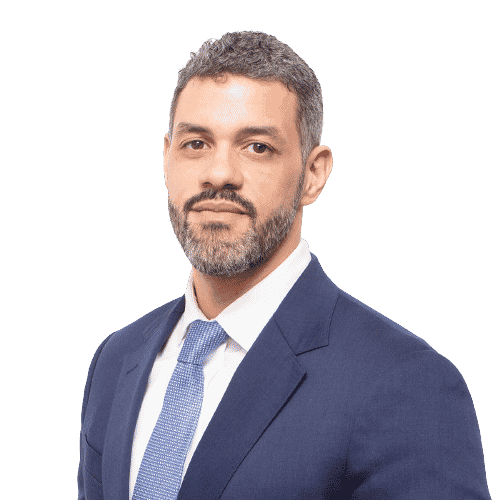 Since 2014 Mr. Freundlich has been selected by Super Lawyers as a “Rising Star” in the area of general litigation for Pennsylvania, an award only given to 2.5 percent of the lawyers in the state. He has also received consistent accolades including awards from Elite Lawyer, and Pennsylvania’s Top 10 Litigators Award. He has a perfect rating of 10.0 on Avvo, has been recognized by Expertise as being a top 20, 2019 Philadelphia Lawyer, and is a recipient of the top 10 attorneys under 40 from the National Academy of Personal Injury Attorneys.

Mr. Freundlich specializes in complex litigation yet has primarily focused his practice on business disputes, personal injury, property damage and breach of contract related cases. He is a partner at Freundlich & Littman, LLC.

Before becoming one of the founding members of Freundlich & Littman, LLC, Mr. Freundlich was employed for several years at the law firm of Sprague & Sprague. During his time there, Mr. Freundlich worked closely on a wide array of complex litigation, not typically encountered at such an early stage of an attorney’s career.

Mr. Freundlich’s has helped to secure tens of millions of dollars in recoveries for his clients through hard fought verdicts, awards and negotiating settlements. Whether he is representing a private individual with a life altering injury, a property owner with damages to their property, or a partner who has been frozen out of his company, Mr. Freundlich has fought to ensure his clients receive outcomes that match their goals and maximize their possible recovery.

Mr. Freundlich currently serves as a board member on the Villanova Minority Alumni Board. He is also a founding board member of YB connected and a frequent speaker at programs held by the Young Lawyer Division of the Philadelphia Bar Association. Mr. Freundlich enjoys mixed martial arts, Jiu-Jitsu, and skiing with his family and is an avid runner.

My family and clients
Q/A

We care about your situation as if it was our own. When you are faced with legal matters or, we are here to help guide you through the process. Contact us today for a free case review.